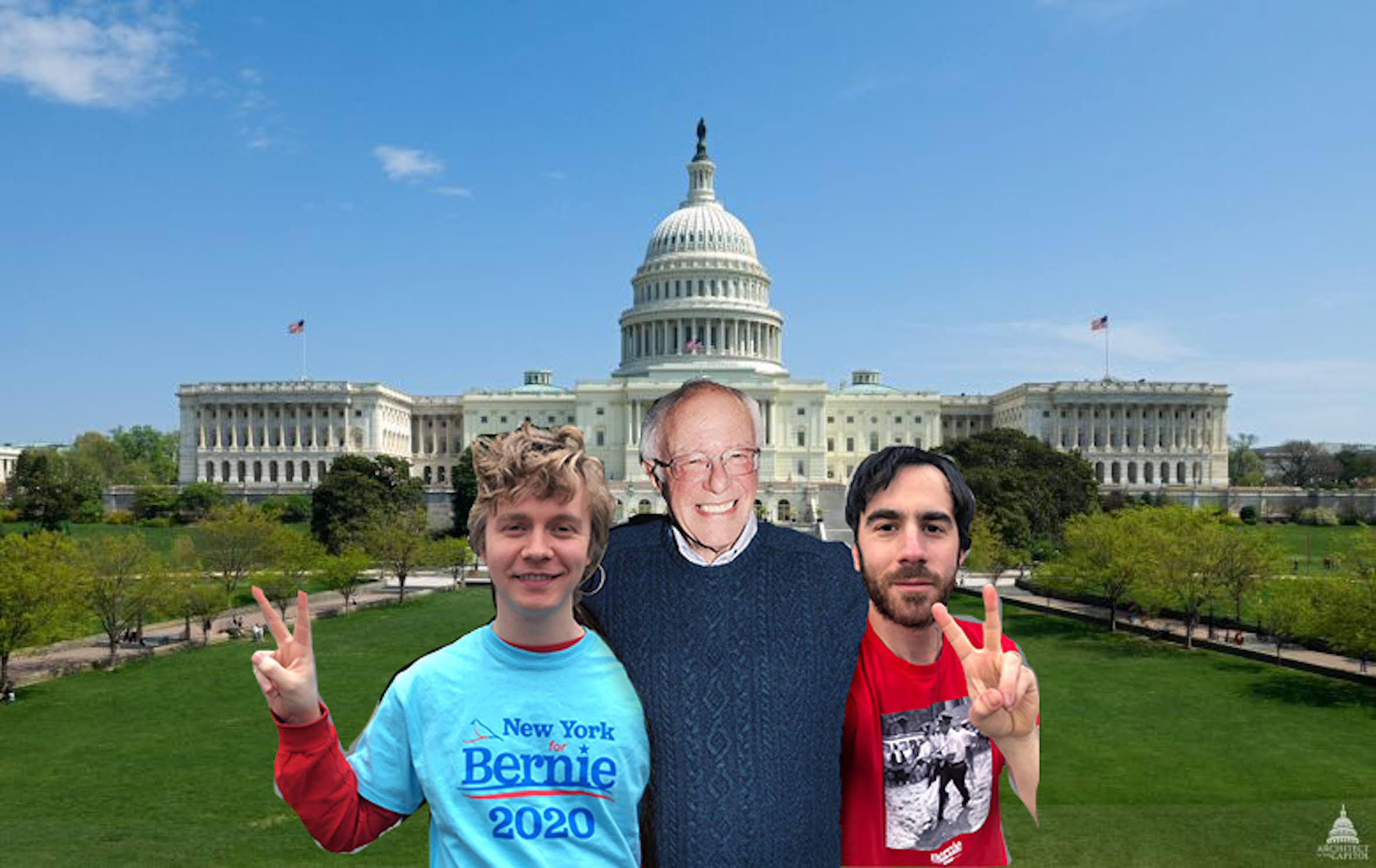 We support Bernie Sanders for President because we believe a better world is possible! We’ve based our support on who we see presenting the most humanist policy in the field, who has historically fought for these principles, and who we most trust to implement them.

These types of inclusive policy proposals are laying the groundwork for a multi-ethnic, multi-gender, multi-generational working class movement of people who are committed to ending corporate-backed government. In fact, Bernie is the only candidate who has rejected all corporate donations. And, going further, he’s the candidate who most energetically discusses capitalism’s interlocking relationship with racism, sexism, dependence on fossil fuels. Indeed, he's proposing a restructured system—and the people who stand to benefit most are this country's most marginalized. And while every other candidate has signaled their willingness to compromise with corporate interests, Bernie is steadfastly building a pro-people movement that fights for a country that doesn't leave anyone out. Yes, he is 78-years-old. But this is about more than him — he is building something that will last long beyond his time, with a growing accumulation of significant endorsements and supporters from every demographic, including a monumental amount of young people who will be ready to take up the mantle after his time in office is over.

Understandably, for a lot of people, the priority is to get Trump out of office. We share this priority, and we sincerely think Sanders is the best positioned to do it. We need a candidate offering smart, bold solutions commensurate with the enormous, urgent problems our world is facing. We need a candidate who can use these solutions and the compassion embedded within them to galvanize the electorate, particularly among folks who have historically felt left out of the process. The only way a truly anti-corporate candidate will win is to overwhelm the ballot box—and that means the movement needs every single vote we can muster! And it's already happening—the Sanders campaign is leading in polls among young people, among people of color, and, consequently, against Trump head-on (and, according to a recent poll, for the first time he is leading among the Democratic field nationally!). The campaign has seen the most individual donations in the history of American politics. The most frequent profession of donors is public school teacher, followed by Walmart workers, Amazon workers, and postal service employees—a movement truly built by the working class.

As musicians we see our role in part to offer art that is supportive and affirmative to humans. The music we make is intended for anyone and everyone, regardless of who you are or what you believe. There's no prerequisite at all for enjoying it, certainly not supporting a specific political candidate. But please know that the intent of our music is explicitly to encourage introspection and empathy for all people. And for all those that resonate with our message, we humbly ask you to consider ways that we may extend compassion beyond our headphones and into the world. Supporting public policy that centers in equality and justice seems to us to be an excellent step in the right direction. A Sanders presidency would address so much of what humans need in this world, and we invite you to join us and millions of others in the movement toward a better future!